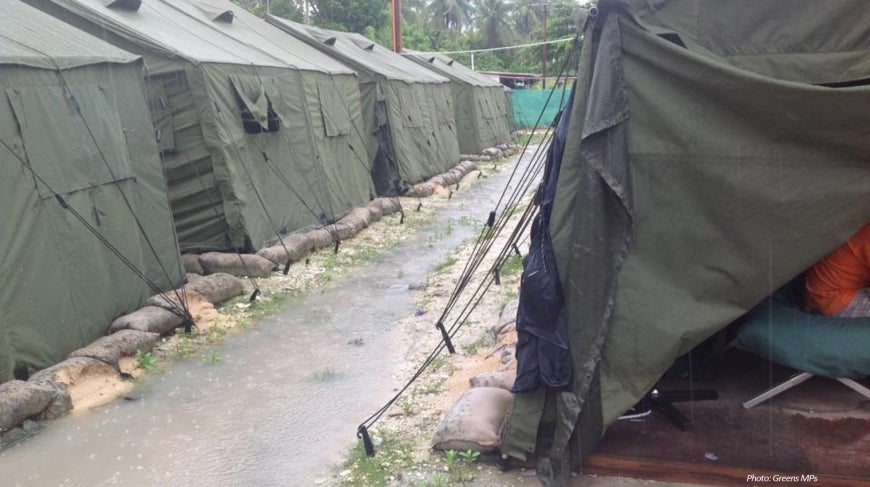 While the facts are unclear about how the violence at Manus Island detention centre began, the Commission has reiterated its position that asylum seekers who arrive in Australia should not be sent to third countries for processing. Asylum seekers need to be treated humanely and with dignity, in accordance with international law and assessed in a reasonable amount of time.

Commission President, Professor Gillian Triggs, said, "The primary obligation that Australia has is to offer protection for asylum seekers and we cannot abdicate that responsibility by sending people to a third country, in this case Papua New Guinea."

Professor Triggs said that prolonged or indefinite detention in crowded and harsh conditions produced a high risk of harm to the mental health of detainees, as the experiences of people who have been housed in Australia’s offshore detention centres in the past had shown.

Additionally, under international law, the Australian Government has a responsibility to ensure that when it transfers people to other countries there are adequate safeguards in place to protect the rights of people in those countries.

She said the Commission position was that appropriate facilities must be provided. Adequate monitoring of conditions must be put in place. The processing of protection claims must commence. And cooperative, genuine regional processing arrangements must be found.

The Commission sees present arrangements, of ‘out-sourcing’ Australia’s international obligations to other countries, as completely inappropriate. All people who arrive here seeking asylum should have their claims assessed in Australia by the Australian Government and Australia should provide protection to those found to be refugees.