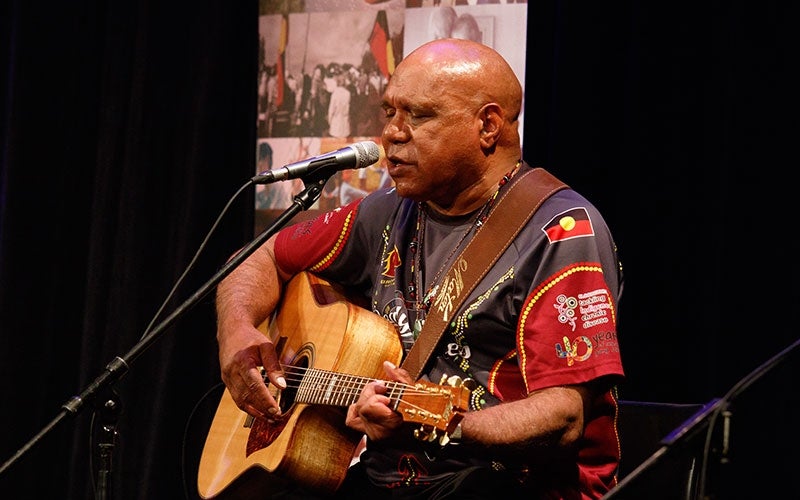 In 1987, the then Human Rights and Equal Opportunity Commission, established an Award ceremony to recognise the contributions of men and women across the nation who made it their life’s mission to champion human rights, social justice and equality for all.

More than 32 years later, the Human Rights Awards not only continue to recognise the work of human rights heroes across Australia, but champions and connects hundreds of people across a variety of sectors and endeavours. With more than 500 yearly attendees and over 350 nominations - in 2019 alone - the Awards growth reflects Australia’s desire and passion to progress human rights.

During this time, the Commission has introduced award categories to better align with Australia’s dynamic and ever-changing human rights landscape. What originated as an evening to recognise human rights in film, television programs and literature works, now spans across community, media, individual endeavours, youth, racism, government, business and law. The esteemed Human Rights Medal is the only category still acknowledged in our present Award ceremony from the inaugural 1987 awards.

The first person to be named Human Rights Medal recipient was Indigenous activist Rose Colless OAM, who was acknowledged for her tireless work in drug and alcohol rehabilitation initiatives for Aboriginal and Torres Strait Islander peoples. In the years to come, other esteemed individuals following in Rose’s footsteps include Fred Hollows, Peter Greste, Dorothy Hoddinott AO, Ian Thorpe, Jonathan Thurston and most recently, The Hon Peter McClellan AM QC and Chrissie Foster AM.

Like the recipients above, the Awards provide Australia with an opportunity to honour the unsung heroes of human rights. They shine a light on the champions who often go unrecognised for their efforts in challenging, transforming and advocating for their respective spheres of influence. From Indigenous health, disability inclusion and gender equality, to LGBTIA+ rights, combatting racism and more.

Given the extraordinary circumstances of 2020 we believe a different approach is needed this year to celebrate the many human rights champions who have emerged. So we’ll be showcasing the human rights heroes of 2020 in a new online campaign – and we invite you all to join us.

If you know a person, group, organisation or community that has contributed to human rights in Australia in 2020, we want to hear from you! Fill out our quick submission form here and let us know who they are and what makes them a human rights hero. Submissions close Saturday 31st October.

We look forward to receiving your submissions!