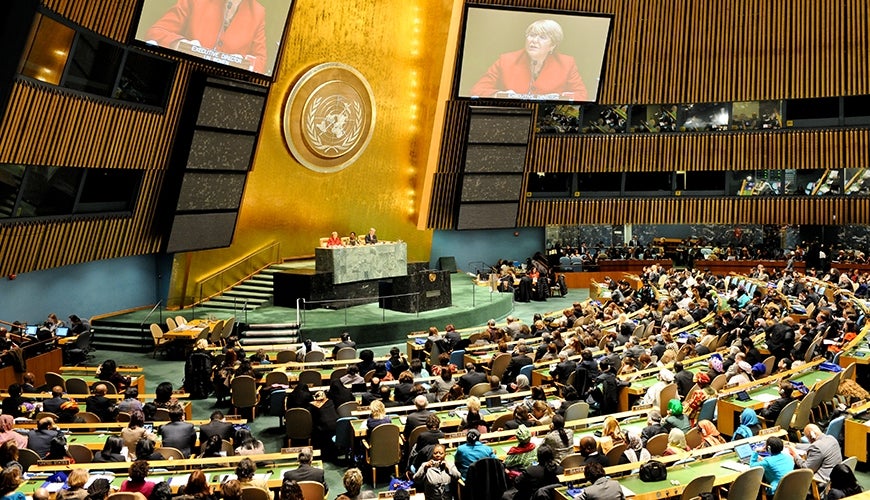 The Commission monitors when Australia’s human rights performance is reviewed by UN human rights agencies and participates in proceedings where possible. The Commission also regularly provides independent reports that track how Australia is doing in meeting its human rights obligations and what improvements could be made. This work is informed by the observations and recommendations made by UN agencies.The Commission regularly engages with a range of UN mechanisms, including by:

These committees have varying modalities, but generally include the development of a list of issues, an appearance before the commitee and the development of concluding observations. The Commisison is invited to provide input during each part of this process. A list of the reporting status for all Australia's human rights treaties can be found here.

Submission made by the Commission to UN treaty bodies can be found on the submission page.

The Universal Periodic Review (UPR) is a process undertaken by the UN Human Rights Council. It involves review of the human rights records of all 193 UN Member States once every four and half years. Australia's UPR appearance occurred in 2011 and 2015. The third cycle occurs in 2021.

Detailed information on the UPR process is available on the Commission's UPR page.

Participation in the Human Rights Council and other UN bodies

As an accredited NHRI, the Commission can:

The Commission also has participation rights with UN bodies in New York, most notably the Commission on the Status of Women, the Permanent Forum on Indigenous Issues, the Conference of States Parties to the Convention on the Rights of Persons with Disabilities, the Open-ended Working Group on Ageing and the 2030 Agenda for Sustainable Development.

The following Special Rapporteurs are conducting visits to Australia in 2016:

The Global Alliance of National Human Rights Institutions (GANHRI), formerly the International Coordinating Committee of National Institutions for the promotion and protection of rights (ICC), is the international association of NHRIs from all parts of the globe. The Commission is a bureau member of GANHRI and regular engages with the GANHRI secretariat and the GANHRI chair (currently the NHRI of Germany) on the development of statements and submissions to UN bodies. The Commission's President attends GANHRI annual conferences and bureau meetings.

GANHRI also undertakes accreditation of NHRIs to ensure that they are in accordance with the Paris Principles. Accredited NHRIs are given an 'A-status' which grants participation rights at the Human Rights Council and other UN bodies. The Commission will undergo a reaccreditation process in March 2022.

As a founding member of the Asia Pacific Forum of National Human Rights Institutions (APF), the Commission works in partnership with other NHRIs to explore the pressing human rights issues facing our region. The APF is the offical regional network of NHRIs and facilitates engagement with GANHRI and other NHRIs. The Commission President is a forum councillor of the APF and attends APF general meetings. The Commission regular consults with the APF in sharing best practices and building capacity of NHRIs across the Asia Pacific region.

The APF has 15 full members and 7 associate members.

The Commission is a member of the Commonwealth Forum of National Human Rights Institutions (CFNHRI).  At the end of June 2013, the Commission formally concluded its two-year term as chair of the CFNHRI. During its term as Chair, the Commission built the CFNHRI's capacity to support and strengthen the work of individual NHRIs in promoting and protection human rights across the Commonwealth. The Commission achieved important outcomes at the administrative and functional level. These outcomes relate to building the new website and facilitating the sharing of information; as well as substantive human rights issues such as disability, sexual orientation and gender identity, and climate change and human rights.

The Commission's through the Department of Foreign Affairs and Trade, engages in human rights technical cooperation activities with other countries.

The Commission currently engages in human rights cooperation programs with China and Vietnam.

Further information on our technical cooperation activities are available in the Commission's Annual Reports.