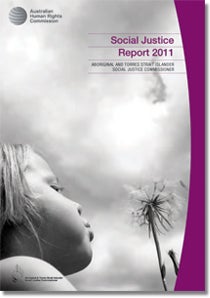 I am pleased to present to you the Social Justice Report 2011 (the Report), which I have prepared in accordance with section 46C(1)(a) of the Australian Human Rights Commission Act 1986 (Cth) (AHRC Act).

The AHRC Act provides that the Aboriginal and Torres Strait Islander Social Justice Commissioner is to submit a report regarding the enjoyment and exercise of human rights by Aboriginal and Torres Strait Islanders, and including recommendations as to the action that should be taken to ensure the exercise and enjoyment of human rights by those persons.

The theme of the Social Justice and Native Title Reports for 2011 will relate directly to the Social Justice Commissioner’s priorities concerning the relationships between Aboriginal and Torres Strait Islander peoples within their communities and giving full effect to the United Nations Declaration on the Rights of Indigenous Peoples (the Declaration). This is also in line with the Australian Human Rights Commission’s priority of tackling violence, harassment and bullying.

Second, I explore how a human rights framework, particularly the Declaration, can assist both Aboriginal and Torres Strait Islander communities and governments address lateral violence.

The Social Justice Report 2011 provides 13 recommendations for your consideration. 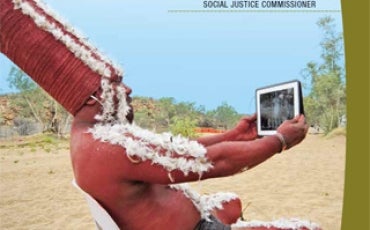 What are human rights?

Human rights are the ground rules for how we should treat one another: with dignity, respect, equality and fairness.

What is the Commission’s view on limiting human rights during COVID-19?

What is the Commission doing during COVID-19?

Where is the line on COVID-19 emergency measures?