National prevalence survey of age discrimination in the workplace 2015 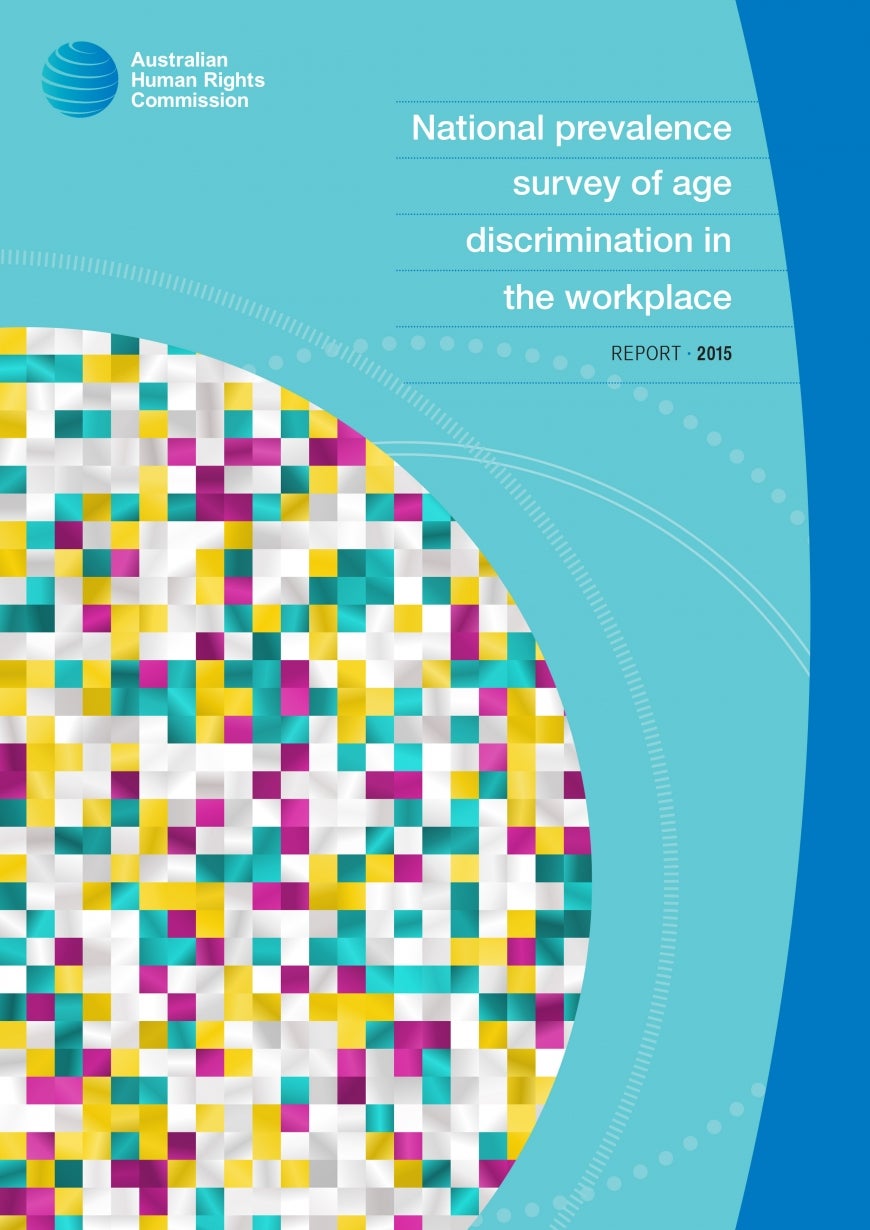 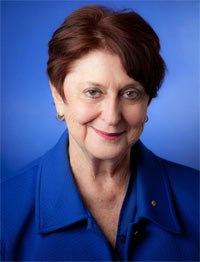 The longevity revolution is underway, inexorably.

Awareness amongst the community, business leaders and our policy makers of these dramatically changed demographics has barely dawned. Little is in place to harness the opportunities these changes present. What is required is the removal of all those barriers that prevent older Australians from participating in the workforce for as long as they want to.

Age discrimination is a significant barrier.

I continually receive representations from older Australians who have worked all their lives, are experienced, qualified, eager and open-minded, yet who can’t get a look in when it comes to paid work. Age discrimination affects self-esteem, financial security and health. It can be devastating for individuals.

The negative effects ripple through the economy. How much do businesses lose through discarding experience and wisdom? How much does this waste cost our national economy? Research shows that an increase of 5 per cent in paid employment of Australians over the age of 55 would result in a $48 billion impact on the national economy, every year.2

The economic as much as the human rights case for addressing age discrimination is overwhelming. To prosecute this case, we need to better understand the problem.

It was to expand and deepen this understanding that I commissioned this research
– the first ever national survey into the prevalence, nature and impact of age discrimination in the workplace. This comprehensive survey, conducted for the Australian Human Rights Commission by Roy Morgan Research, provides new extensive data on age discrimination in Australia, how it is experienced and by whom. It explores how discrimination impacts on decisions about the employment of older people.

This research will become the benchmark against which we can measure future gains in addressing age discrimination.

The results show that over a quarter of Australians aged 50 years and over report that they had experienced some form of age discrimination in the last two years.

Another headline finding is that 80 per cent of those who experienced age discrimination report negative impacts.

When managers were asked if they factored age into their decision making, a third responded that they did.

When looking at the actions people took in response to discrimination, it was found that many took no action at all. The majority of people who did not take action reported that it was because they did not expect a positive outcome, doubting they would be believed or that anything could be done.

The research confirmed anecdotal evidence that age discrimination is most commonly experienced when older people are out of a job and looking for paid work. Nearly three in five (58%) of those who looked for paid work were a target of discrimination because of their age.

Of those who did not participate in the workforce in the last two years but would have liked to, one in five (18%) reported that it was because their skills were not current. The research found that negative perceptions of skills and ability to learn were a common type of age discriminatory behaviour (44%).

Not only does this research quantify age discrimination, it informs us of the types of policy levers that could be used to empower and encourage older people to work longer.

New effective pathways to career change through retraining are fundamental. It is urgent that we act to break down workplace cultures of age discrimination so older people are not only retained but also hired.

Average life expectancies are approaching 100 years in the foreseeable future. If people leave the workforce at age 50 due to discrimination, negative attitudes and the absence of pathways to retrain, they may have additional 50 years of life without paid work.

The financial and emotional results of discrimination impact on the human rights and fulfilment of older Australians. As every one of us is ageing, unfair age barriers can affect all of us. It is a challenge for our entire society.

In publishing this research I want to do more than raise awareness. I hope this research will be the catalyst
for business leaders and policy makers to tackle age discrimination in the workforce and liberate the economic potential of older Australians. 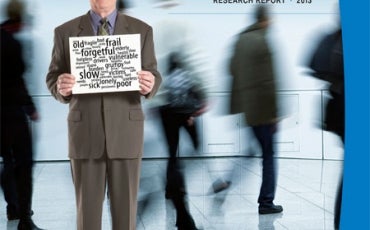