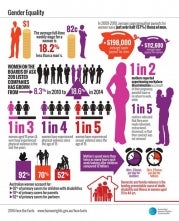 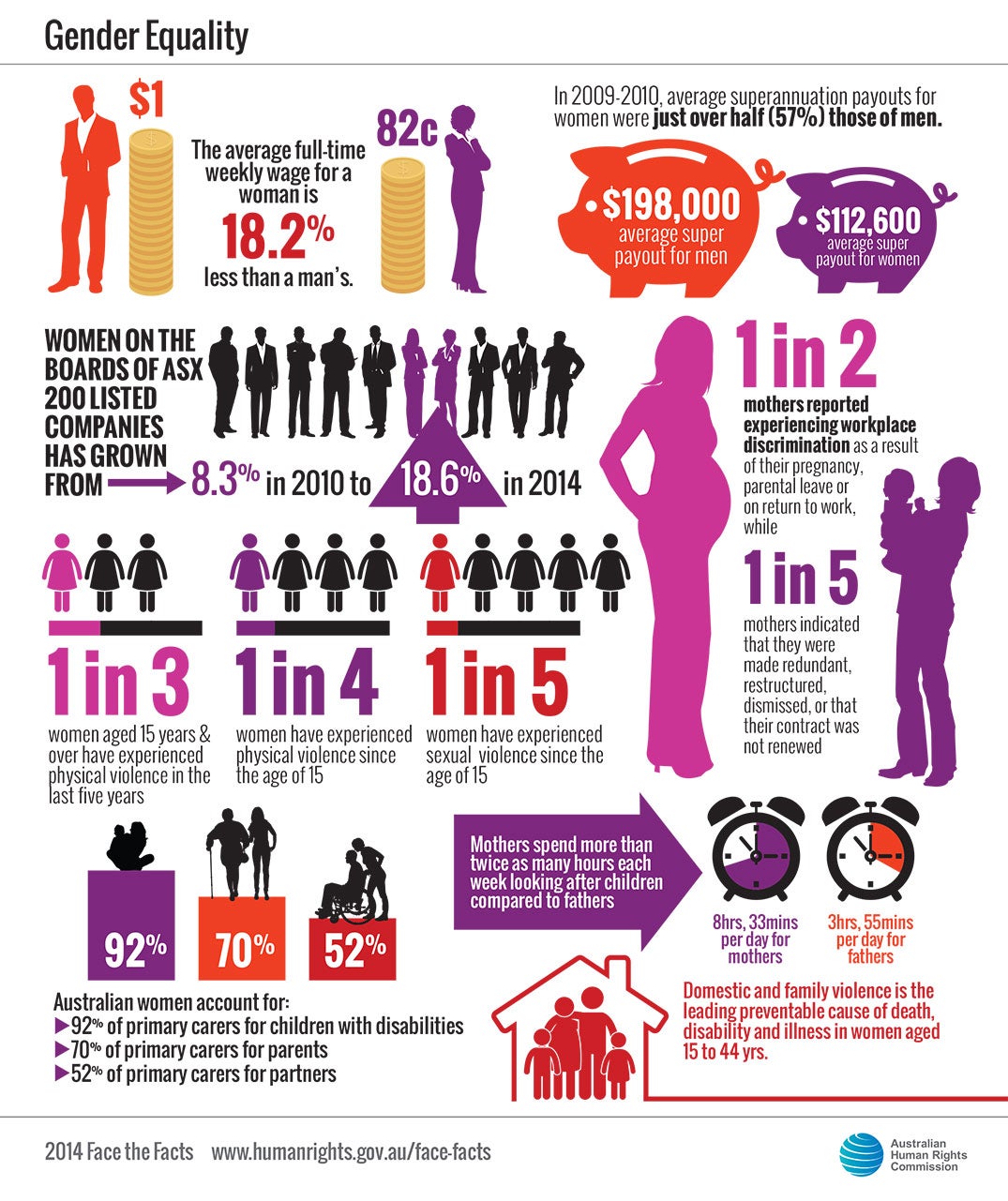 In 1984, the Sex Discrimination Act came into force, making it against the law discrimination to discriminate against someone on the basis of gender, sexuality, marital status, family responsibilities or because they are pregnant.

The Act, which gives effect to Australia’s international human rights obligations under the Convention on the Elimination of All Forms of Discrimination against Women, has played an important role in changing community attitudes and helping advance gender equality in this country.

Despite this progress, women and girls continue to experience inequality and discrimination in many important parts of their lives, which can limit the choices and opportunities available to them.

About gender equality in Australia

The Commission helps people resolve complaints of unfair treatment under the Sex Discrimination Act, including discrimination on the basis of sex, marital (or relationship) status and pregnancy and potential pregnancy. The Act also protects workers with family responsibilities and makes sexual harassment against the law.

The Sex Discrimination Commissioner works in partnership with a broad range of groups to promote gender equality and counter discrimination, sexual harassment, violence against women and other barriers to gender equality. She also undertakes major research projects and provides policy advice to government and others to bring about positive change. 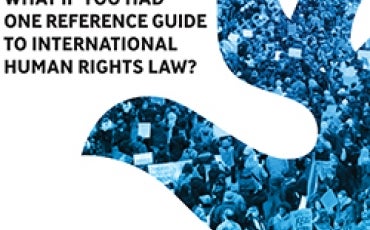 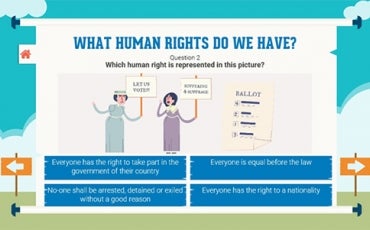 An Introduction to Human Rights and Responsibilities (2016) 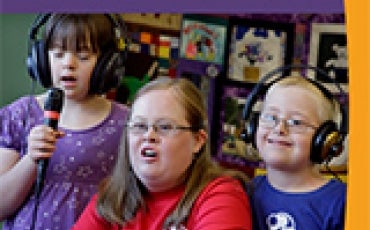 Disability rights: Facilitating the empowerment of people with disability