All employers have a responsibility to make sure that their employees, and people who apply for a job with them, are treated fairly.

This responsibility is set out in federal and state anti-discrimination laws, as well as the Fair Work Act 2009 (Cth). Taken together, they make certain types of workplace behaviour against the law.

As an employer you need to prevent discrimination, harassment or bullying from occurring in the workplace.

What is unlawful discrimination?

Discrimination occurs when a person, or a group of people, is treated less favourably than another person or group because of their background or certain personal characteristics.

Discrimination can happen at different points in the employment relationship, including:

Harassment can include behaviour such as:

It is important to understand that a one-off incident can constitute harassment.

The Sex Discrimination Act 1984 prohibits harassment in the workplace by employers, co-workers and other “workplace participants”, such as partners, commission agents and contract workers. Sexual harassment is broadly defined as unwelcome sexual conduct that a reasonable person would anticipate would offend, humiliate or intimidate the person harassed.

The Disability Discrimination Act 1992 prohibits harassment in the workplace based on or linked to a person’s disability or the disability of an associate.

The Racial Discrimination Act 1975 prohibits offensive behaviour based on racial hatred. Racial hatred is defined as something done in public that offends, insults or humiliates a person or group of people because of their race, colour or national or ethnic origin.

All incidents of harassment – no matter how large or small or who is involved – require employers or managers to respond quickly and appropriately. If issues are left unaddressed, a hostile working environment can develop which can expose employers to further complaints.

What is workplace bullying?

The Fair Work Amendment Act 2013 defines workplace bullying as repeated unreasonable behaviour by an individual towards a worker which creates a risk to health and safety. 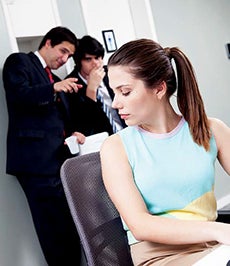 Bullying behaviour can range from obvious verbal or physical assault to subtle psychological abuse. It can include:physical or verbal abuse

What is unlikely to constitute bullying, harassment or discrimination 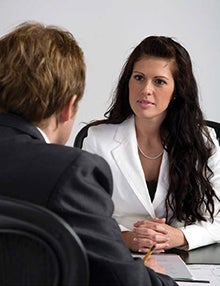 Many people refer to bullying as harassment or discrimination. However, bullying may not be unlawful under federal or state anti-discrimination laws unless it is linked to, or based on, one of the characteristics covered by these laws, such as the person’s age, sex, race or disability.

Legitimate comment and advice, including relevant negative feedback, from managers and supervisors on the work performance or work-related behaviour of an individual or group should not be confused with bullying, harassment or discrimination.

Providing negative feedback to staff during a formal performance appraisal, or counselling staff regarding their work performance, can be challenging. Managers should handle these conversations with sensitivity but they should not avoid their responsibility to provide full and frank feedback to staff.

Everyone has the right to work in an environment free from bullying, harassment, discrimination and violence.

Employers need to be aware of their responsibilities to ensure that the working environment or workplace culture is not sexually or racially hostile. Employers should develop and implement targeted practices to address inappropriate workplace behaviour and deal effectively with any complaints.

Employers should also be proactive in addressing hostile behaviour that may be embedded in the workplace culture. Examples of a potentially hostile working environment are where racially or sexually crude conversations, innuendo or offensive jokes are part of the accepted culture. An employee can complain about such conduct as harassment even if the conduct in question was not specifically targeted at him or her.

As of 1 January 2014, the Fair Work Ombudsman can receive complaints from workers who believed they have been bullied at work. Further information is available at www.fairwork.gov.au/complaints.