In his February 2017 announcement, the then Commonwealth Attorney-General, the Hon George Brandis QC, asked the Australian Human Rights Commission to consult with civil society to help facilitate the effective implementation of OPCAT in Australia.

While the Government has outlined some of the key features of how it intends OPCAT to operate in Australia, there remain many details still to be determined.

Accordingly, the Commission has conducted a consultation process with civil society to ascertain their views on the design and implementation of OPCAT.

At the conclusion of the first round of consultation, the Commission provided a summary of findings and made a number of proposals regarding how OPCAT could be made part of Australia's law and practice.

In June, 2018, the Commission published a second and final consultation paper, seeking views on the proposals made in the interim report and asking more detailed questions regarding how OPCAT should be implemented in Australia.

A final paper in the Commission's OPCAT project, Implementing OPCAT in Australia, was published on 29 June 2020. 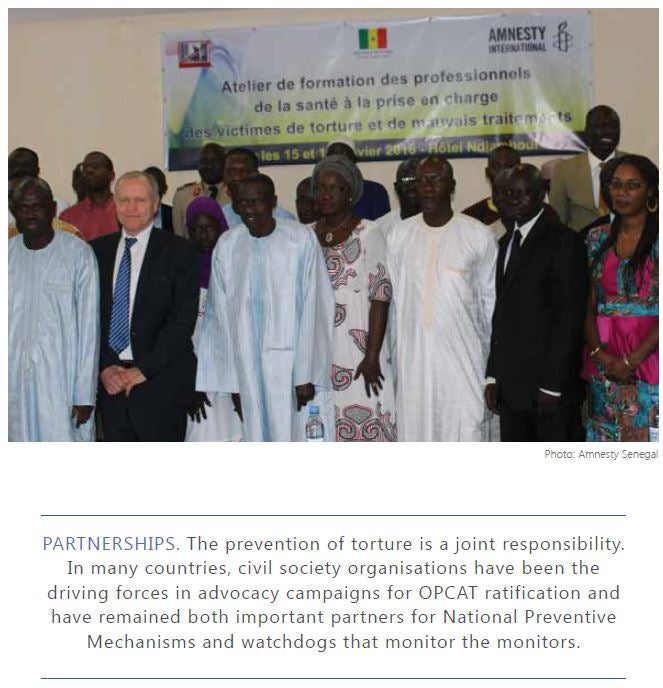 Civil society partnerships have been vital in the prevention of torture, including OPCAT Ratification and implementation.

Photo taken with permission from: Association for the Prevention of Torture, Putting Prevention into Practice – OPCAT 10th anniversary booklet (2016) 32, available here (viewed 15 May 2017).