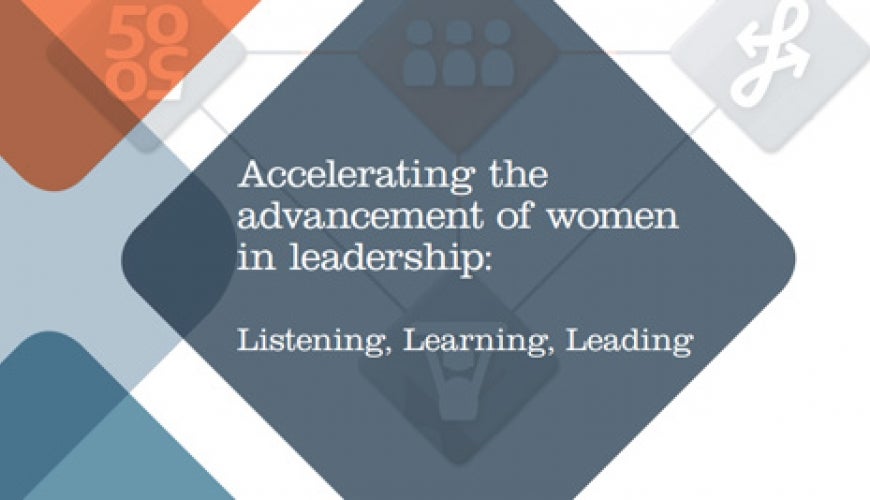 In April 2010, Commissioner Broderick was instrumental in bringing together some of Australia’s most influential and diverse male CEOs and Chairpersons to form the Male Champions of Change group. The group aims to use their individual and collective influence and commitment to ensure the issue of women’s representation in leadership is elevated on the national business agenda.

In March 2015, the Male Champions of Change have a new website: http://www.malechampionsofchange.com

The MCC Progress Report shows the extent to which these workplaces are achieving equality for women using performance benchmarks from the Workplace Gender Equality Agency and other leading indicators. It represents a new level of disclosure and accountability, which is essential for driving the internal commitment for change.

It starts with us - The Leadership Shadow (March 2014)

The Male Champions of Change have partnered with Chief Executive Women to launch a free and simple management model, called ‘The Leadership Shadow’, which will help leaders everywhere to listen, learn and lead by understanding the impact of their personal actions.

Tapping into the full talent pool will give us a diversity advantage, creating commercial, societal and economic value. If we want gender balance to be the norm in our organisations, we must create the conditions and cultures that enable both men and women to thrive.

As all the research says, there is no ‘silver bullet.’ With wide consultation, we have identified an interconnected set of high impact actions that leaders can take to ‘change the game.’ These actions fall into four key themes.

We are committed to discussing and promoting strategies and actions that elevate women’s representation in leadership.
Why men? To make a difference, men and women need to work together. As CEOs and board members we believe we have a responsibility to support and drive change.
organise examples from our collective experiences into three phases that bring that gender diversity journey to life:

Phase 1: Getting in the game

The creation of Male Champions of Change shows an important recognition of the significant role that CEOs and Chairpersons have in achieving more gender balanced leadership in Australia.

Male Champions of Change members include:

The Male Champions of Change and their Chair, Elizabeth Broderick are advised pro-bono by Angus Dawson and Natalie Davis, partners at McKinsey & Company.  We thank them for their support.