In recent weeks, many Australians have cautiously welcomed the winding back of restrictions imposed during the pandemic. But it is clear that COVID-19 remains an ongoing threat and, for some, constraints are being re-imposed in communities where infection rates have spiked. The highly infectious nature of this virus makes us all nervous—for ourselves, for our families, and for our communities.

Here at the Australian Human Rights Commission, we are monitoring both existing and new restrictions.

Recent developments in other areas of human rights have brought into sharp focus the importance of our work across a diverse range of areas that require protection and promotion.

Here is an overview of some of the key issues, initiatives and projects we are working on to look after the human rights of everyone, everywhere, everyday.

My report made concrete recommendations to improve our processes and systems. Government, employers and unions committed to support change during the national inquiry. Gender equality in our workplaces and society is also improving. All these factors combined should drive momentum for change.

But change will only happen if the momentum is coupled with awareness of the facts surrounding sexual harassment in Australian workplaces. Those facts paint a chilling picture of conduct that remains far too prevalent across all workplaces and industries.

Mobiles must be allowed in detention

More from the Commission… 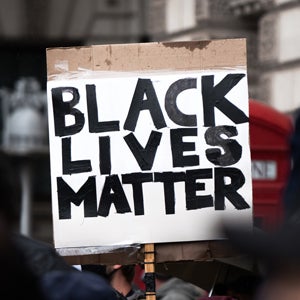 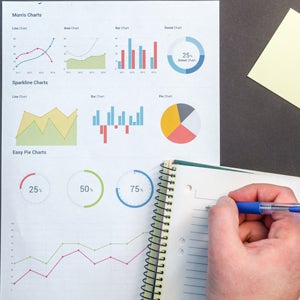 Did you know the Commission has a range of school resources on human rights?

Developed in partnership with Cool Australia, the Story of Our Rights and Freedoms resources are designed for students in years seven to ten. The suite of resources include videos, lesson plans, and worksheets that aim to assist students in building a critical understanding of human rights and responsibilities, and to develop the knowledge, attitudes and skills to apply human rights in everyday life.

Choose your own statistics is an interactive website developed in partnership with ABC Splash that allows students to explore contemporary human rights topics through a mathematical lens. A range of infographics, interactive graphs, and data sets enable students to assess trends over time and further explore the stories behind the statistics. Mapped for years five to nine, Choose your own statistics combines mathematics and ethical understanding.

To see more of the Commission’s education material visit our website.

Dr Patterson led a media campaign on World Elder Abuse Awareness Day (June 15) to raise awareness of the heightened risks of elder abuse for older people in Australia during COVID-19. Dr Patterson published an opinion piece and was interviewed by SBS, ABC RN Drive, Melbourne's 3AW, regional ABC radio shows and The Senior. She also appeared in a series of online videos about elder abuse (with special thanks to production company Youthworx and the Ethnic Communities' Council of Victoria) - you can watch and share them on Facebook and Twitter.

Commissioner Oscar, has remained in the safety of her homelands in the Kimberley region of Western Australia. She joined Commissioner Gauntlett to give evidence at the Senate Community Affairs References Committee's Inquiry into the effective approaches to prevention, diagnosis and support for Fetal Alcohol Spectrum Disorder. The hearing follows the Commission's submission to the Inquiry. In her capacity as Co-Chair of the Close the Gap Campaign, Commissioner Oscar wrote to the Ministerial Forum on Food Regulation to request compulsory and effective warnings on alcohol products. This Forum will vote on alcohol labelling on Friday, 17 July 2020. Commissioner Oscar continues to advocate for lower incarceration rates and deaths in custody for First Nations peoples and spoke with media in relation to these issues and the Black Lives Matter movement.

Commissioner Gauntlett has commenced his role as Chair of the Disability Advisory Council, which is guiding the work of the National Disability Data Asset (NDDA). The NDDA is an important collaboration between the Commonwealth, State and territory governments. The NDDA will enable data reflecting the life outcomes of people with disability throughout Australia to be collated and analysed to support improved policies and services and to assess whether human rights are being respected. The importance of data in the development of effective policy responses was also the subject of the Commission’s recent appearance before the Senate Community Affairs References Committee’s hearing on ‘Effective approaches to prevention, diagnosis and support for Fetal Alcohol Spectrum Disorder.’ Both Commissioner Gauntlett and Commissioner Oscar appeared before the Committee.

It’s now more than a month since the death of George Floyd, and the renewed focus on the #BlackLivesMatter movement has created opportunities for new partnerships to combat racism. Commissioner Tan met with Basketball Australia ahead of it launching a new anti-racism campaign – ‘Rise Up’ – and the Commission’s Race Discrimination team is refreshing the ‘Racism. It Stops With Me’ website. Commissioner Tan worked with the eSafety Commissioner to publish new resources addressing online hate, including in community languages. The team also contributed to the federal government's in-language anti-racism ad campaign, which is now live, and to a new anti-racism toolkit, which the Queensland government is about to launch.

In June the Commission released Implementing OPCAT in Australia, which is the final step in the Commission’s consultation process with civil society, inspectorate and monitoring bodies, and a number of state and territory governments and independent agencies. Last week the Commission also released Freedom of religion in Australia: a focus on serious harms, which was developed in partnership with the Victorian Equal Opportunity and Human Rights Commission. The position paper examines the prevalence and effects of serious harms experienced by religious communities and people of faith inside Australia.